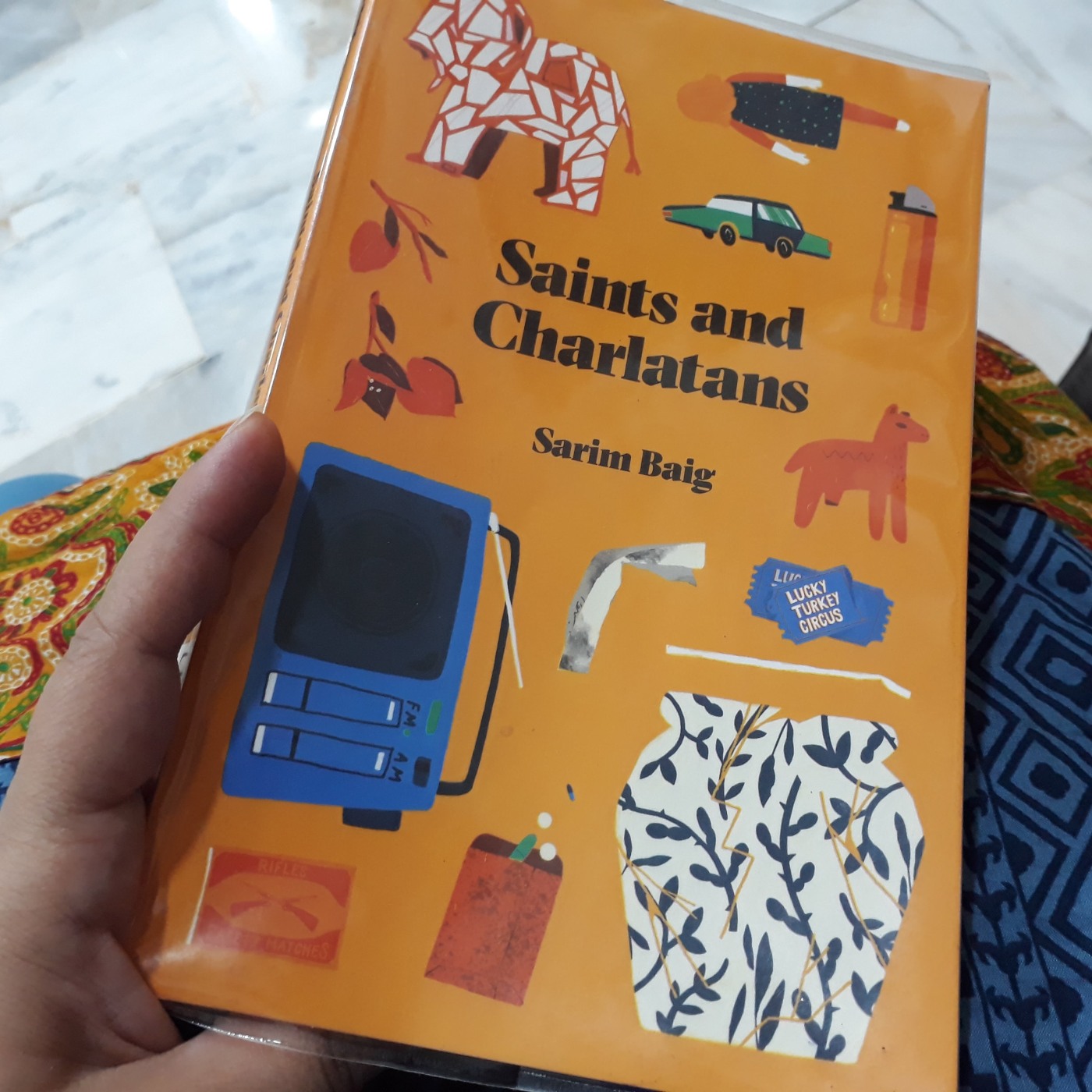 This is Sarim Baig’s debut narrative. It is a collection of short stories that are set in contemporary Punjab in the neighborhood of Rampura where the majority of settlers are from the village of Suratwalla. As someone who grew up in a small town, the small-town mentality depicted here was all too familiar. Everyone knows everyone and everyone wants to know everything!

To begin with I am not much into short stories, I usually prefer novels so I get a better chance to get acquainted with the characters. It was the recency of the book along with the title that compelled me to read this one. However, a compelling feature of this book is that one never quite breaks away from the characters as they reappear in another story. So that feeling of getting reacquainted with a familiar character stayed with me until the end of the book.

People have moved out of Suratwalla yet the village hasn’t left them: the city-dwellers look down upon those who still dwell there, there are dreamers who want to escape, there are people with no other attachments that are tying to disappear in the chaos and there are people who are admired and hated on the basis of rumors.

As the title implies the main premise of the book is that people adapt to their circumstances. In order to survive some take up roles as saints and some are the black sheep, but essentially there is always more to each person than they let the world know.  There are nine different stories in the book,  with a similar underlying message. Bougainvillea tells the story of a village boy who risks everything to impress his hero, and ends up discovering secrets that could tear apart everything he idolizes. Our Zubi Uncle was the other story I liked most, it featured a misfit uncle who was disliked by his entire family but this uncle showed more depth of character than any of the superficial wealthy relatives.

There are two things that could be improved in the book in my opinion though, hence the four star in the rating.  Firstly the author spins several unfinished stories about characters that are not central to the plot, which drags the reader further away from the story line.  Secondly although this is a collection of tales from a village, yet none of the stories features any significant representation of women. Each is written from the male perspective with women functioning as annoying characters or someone unreachable.

That said, the male characters are extremely powerful and they stayed with me long after I read the book. I had to literally put the book down just so I could linger in the characterization a bit longer. The Player in particular had me re-reading the last few paragraphs because as a Karachiette I am all too familiar with the face-less people on the streets.

Presently this book is available in paper-back only in Pakistan, I am not sure about the e-book version. I borrowed it from The Reader’s Club, a book rental service.  Mr Baig is a marvelous story teller and has managed to add in a flavour of culture though his characters and setting. Looking forward to more books from this author and a much broader audience for this book, Saints and Charlatans truly deserves it!